When is it unconstitutional that a spousal visa becomes invalid if the relationship ends? 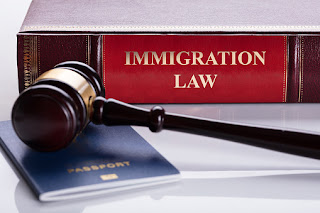 A spousal visa allows a foreigner to live with a South African Citizen or permanent residence holder in South Africa on a temporary visa.

s 11(6)(a) of the Immigration Act provides that a spousal visa shall only be valid while the good faith spousal relationship between the parties ‘exists’, and s 43(b) of the Act provides that upon the expiry of their status foreigners are to (‘shall’) depart SA. If they do not, they are considered to be illegal foreigners and unless authorized by the Director-General to remain pending an application for status become liable to be deported.

In a case heard in the Western Cape in June 2022, certain persons affected by these sections asked the court to declare that foreign parents of South African children should be allowed to remain in the country even if their relationship with their spouse ends.

The applicants had children (with their SA spouses) who were SA citizens, born in SA or had acquired SA citizenship on the strength of their SA parent’s citizenship. All the applicants had been living and working in SA for many years. All of them had been dutiful and supportive parents and caregivers to their children, sharing parental responsibilities with their partners both during and after the termination of their spousal relationships.

The judge found certain sections of the Act to be inconsistent with the Constitution and therefore unconstitutional, to the extent that they require foreigners who are parents and caregivers of SA children to cease working and to leave SA when their spousal relationships with their SA spouses come to an end, or they no longer cohabit together.

The judge suspended the declaration of invalidity for 24 months to enable Parliament to remedy the inconsistencies but ordered a “reading in” of the provisions in the interim.

Posted by Bregman Moodley Attorneys at 12:33 No comments:

Transfer costs in a deceased estate 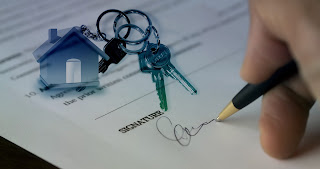 We own a property that is registered in both my wife’s and my name, meaning we have joint ownership on an equal basis. What I'd like to obtain clarity on is, how are the property transfer fees calculated if the first dying leaves the property to the surviving spouse? Are transfer fees based on 50% of the property value, and if not, why not?

There will be no transfer duty payable to SARS.

Attorney’s fees are based on the value of the property reflected in the liquidation and distribution account, as follows:

The deceased estate usually pays the attorney's fees, but if there are no funds the surviving spouse must pay the costs.

Posted by Bregman Moodley Attorneys at 12:30 No comments:

What are my rights if telemarketers call me without my permission? 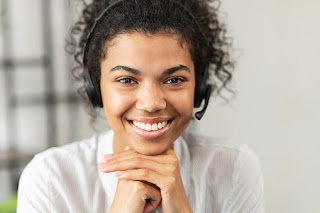 Telemarketers constantly inundate me with calls. Is this an offence?

The Protection of Personal Information Act (POPIA) doesn’t protect you from marketers who contact you telephonically unless you explicitly tell them to stop calling you.

Section 69 of POPIA deals with processing your personal information without your consent. You must consent to direct marketing using any form of electronic communication. The section mentions automatic calling machines (a machine that can do automated calls without human intervention), facsimile machines, SMSs, or e-mail.

So, telemarketers may call you and ask you to consent to the call and the sales pitch. If you object, they may not contact you again.

If you want to bother, you can request the name of the telemarketers and note their numbers. You can complain to their company or the Information Regulator of South Africa if they don’t stop calling you after you told them telephonically.

Should you object to further calls, any further processing of your information for this purpose is a breach of the provisions of Section 69.

Posted by Bregman Moodley Attorneys at 14:47 No comments:

Lent your moveable property to someone but can’t get it back?

A client lent a trailer to a friend to use on a camping trip. The friend refuses to return it. What can the client do?

Our law defines “Lending” as granting to someone the use of something on the understanding that the borrower will return it. What happens when a person refuses to return the lent property or claims they are the owner of the property?

South African law provides a remedy allowing the owner to reclaim the loaned property from whoever is unlawfully in possession of the property. The legal relief is the Rei Vindicatio. The action is open to the owner regarding both moveable and immoveable property.

The client needs to prove three things to get his trailer back:

3.      When he sues for the return of the trailer, it must be in the physical control/possession of the borrower.

If the friend disputes that the client owns the trailer, he bears the onus to prove he owns it or has a right to it. The borrower may raise four defences:

1.      The person claiming ownership of the property is not, in fact, the owner;

2.      The person’s physical possession/control of the property in dispute is not unlawful (a limited real right or a personal right);

3.      The property in dispute no longer exists or is no longer identifiable; and

4.      The defendant did not have physical control of the property at the time when the Rei Vindicatio was instituted.

Posted by Bregman Moodley Attorneys at 08:58 No comments:

Electronic signatures and the sale of immovable property 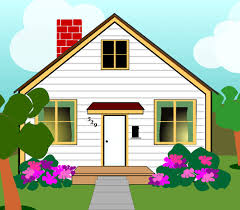 The Electronic Communications and Transactions Act, 25 of 2002 (the 'Act") defines an electronic signature as data – “an electronic representation of information in any form", which is attached to, incorporated in, or logically associated with other data and which is intended by the user to serve as his signature in an electronic environment.

The Act and our case law allow agreements concluded by exchanging emails, WhatsApp and SMS.

Section 4(4) of the Act does not allow digital signatures for use, amongst others, in the execution of a will or in an offer to purchase immovable property, stating that "this Act must not be construed as giving validity to any transaction mentioned in Schedule 2". Schedule 2 lists various transactions that may not be concluded electronically, namely:

Thus, a Deed of Alienation for the sale of immovable property still has to be physically signed in "wet ink" (where a signature is manually signed, using the liquid ink of a pen).

In Borcherds v Duxbury the court heard a dispute over whether or not a digitised photograph of the Seller's original "wet signature" and initials, imported into software known as DocuSign, actually validated the Seller's acceptance of an offer to purchase. The judge found that it did.

This judgment conflicts with the legal position set out in section 4(4) of the Act. Instead of giving clarity and guidance, the judgment introduces doubt and uncertainty on the validity of electronic signatures to sell immovable property.

Until the law changes, a Seller and Buyer should sign offers to purchase in wet ink to avoid any doubt.

Posted by Bregman Moodley Attorneys at 11:53 No comments: